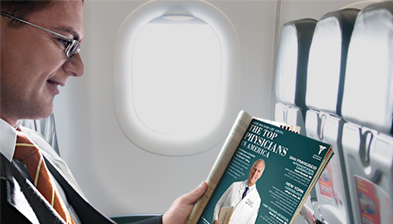 Top Doctors campaigns run in all the major airline
in-flight magazines and are seen by passengers on
every flight, every day… year round.

Madison Media runs many Top Doctors pages that appear every month in the airline in-flight magazines. These pages list many of the best physicians in the country and prominently feature a different doctor’s photograph each month. 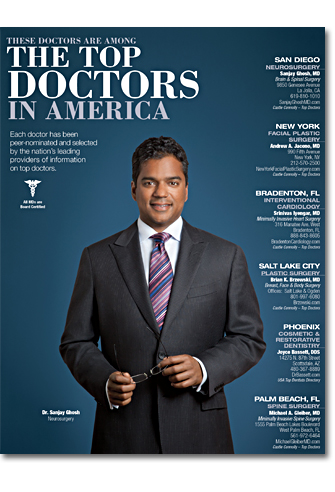 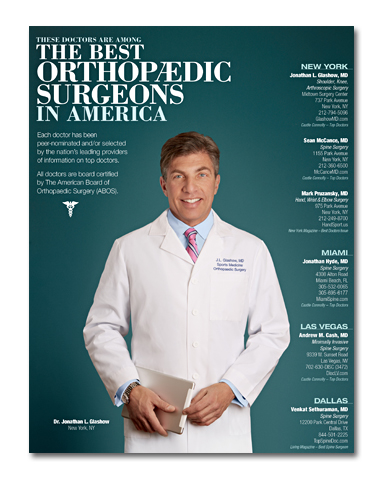 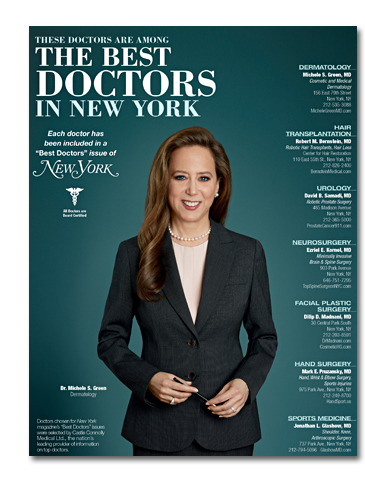 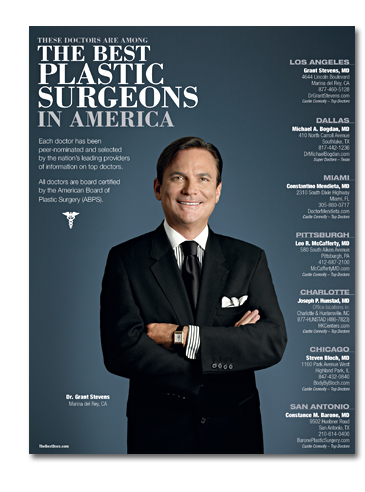 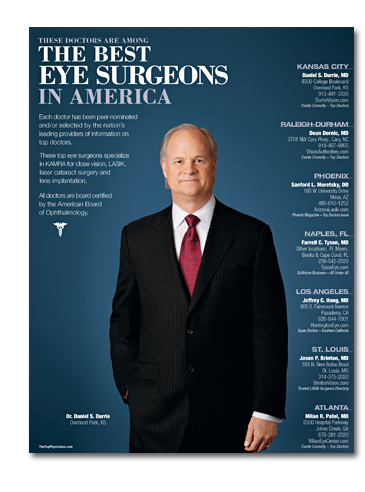 This program is very popular with both in-flight magazine readers and the medical community. In fact, many of our doctors have told us this program is the best marketing campaign they participate in and is an integral part of their practice. In-flight magazines are one of the best kept secrets for reaching a well-educated and affluent audience. There is an in-flight magazine placed in every seat back pocket of every plane that the airline flies.

Since we work with all major in-flight magazines, and each airline has particular strengths in different main hub cities, we are able to determine which magazines will give your practice the best local, regional, national and international exposure. Keep in mind that with just one in-flight magazine you can reach over 16 million passengers per month.

If you are a physician who has been recognized as a top doctor and would like to be listed on one of our pages, please contact us to find out if there is space available in your city.